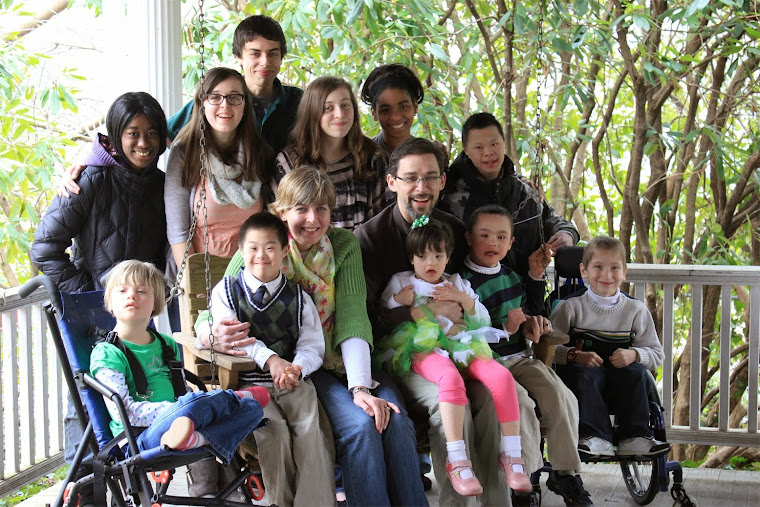 Most days life is busy, full, and messy. As we were eating dinner the other night, I realized it was the quietest time of day (when everyone is awake, at least). It only lasted about a minute before boisterous conversation started, but every night since I have silently relished that brief peace. How did I not notice it before? Just a few seconds of very quiet eating....until a cup is knocked over, or the dog eats someone's bread, or an elbow is intruding on one's space at the table.

There are moments though, that I wish I had on video because the level of chaos would probably be hilarious to view if you weren't in the moment itself. Yesterday was one of those episodes. We are very blessed to have a sweet hairdresser who comes to our home to cut the little girl's hair (I cut the boys hair myself).  We scheduled for 4:30, a notoriously bad time for things at our house.  She did Irina's hair first and did an adorable pixie cut. This is no easy task given that Irina squirms and isn't all that cooperative.

After Irina was done, it was Maddie's turn. She giggles and wiggles the whole time, so again, not the easiest client. For some reason, Ivan, Blair, and Yul insisted on watching Maddie get her hair done. They stood around like three body guards, watching closely (all have "personal space" issues, so picture the poor hairdresser working under these conditions).  Add in the dog, who is mostly a calm creature, but for whatever reason was racing around the house. Back and forth in the kitchen, between the hairdresser and Maddie, between three little boys already pressed up close. Meanwhile, Luke was very loudly expressing dissatisfaction (wailing) over some transgression in the other room.

Just when the chaos was at an all time high, Irina reached over the counter and intentionally pushed my vase of Valentine's flowers over. A waterfall of water. Everywhere. Have you ever realized how quickly spilled liquid moves and how it seemed the volume increases once it's out of a container?

We scrambled to sop up the flood and cut hair, while saying goodbye to the hairdresser and getting dinner on the table. I can only hope our poor hairdresser wasn't too traumatized to return. As for me, after pressing through dinner and bedtime, I snuck to my room and climbed into bed with a glass of wine and a piece of chocolate. And prayed for strength for another day. 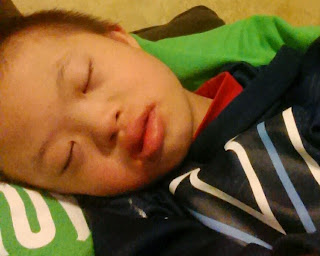 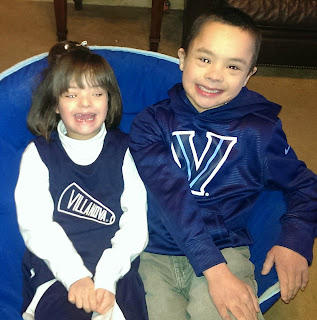 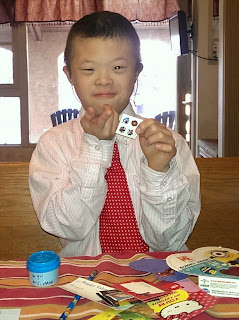 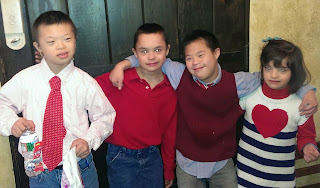 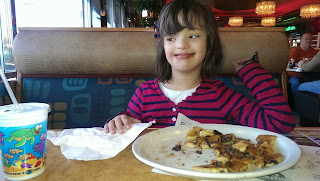 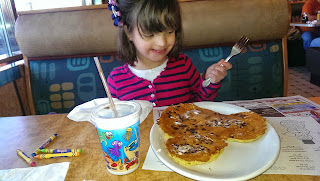 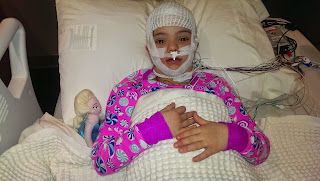 Whew. February is keeping us busy! Among the many scheduled appointments, Maddie had a sleep study. She was an absolute trooper! We celebrated the next morning with chocolate chip pancakes for Maddie, and lots and lots of coffee for me.

We also celebrated Valentine's day, and cheered for Villanova basketball. Yul loved his cards from his friends at school. He is such a joyful little guy!

Is it really February? 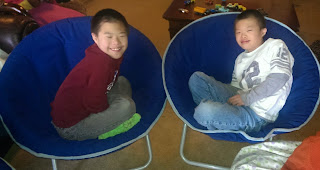 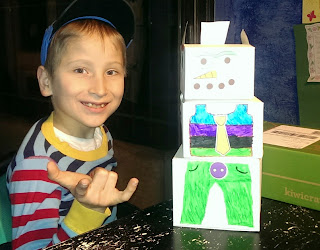 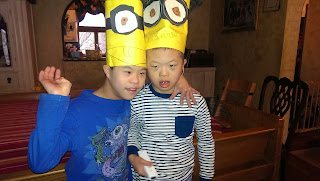 Wow. We have been extremely busy since Christmas. I had over-scheduled medical appointments (I think 23 appointments in 30 days), of course not anticipating several kids getting strep, an unplanned surgery, and an unexpected hospitalization. We actually have a few more weeks of appointments before we return to a "normal " busy schedule (that is IF we can all stay healthy!). I am very ready for spring!